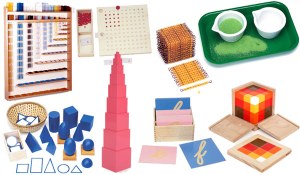 I grew up in Montessori.

For anyone who doesn’t know, Montessori is a teaching method that offers concrete materials for academic concepts and makes self-motivated learners out of children by giving them the freedom to pursue their own interests among these materials.  This was school for me from age 3 to 12, and I turned out pretty well, don’t you think?

I’ve always believed in Montessori as a very beneficial teaching method.  It wasn’t until I took my AMI to become an assistant teacher that I realized Montessori is a bit like a religion: people interpret it differently.  To my horror, the brilliant creator – Maria Montessori herself – had very biased views about fantasy play.  She was a scientist, after all.  I was shocked to read in one of her books that she believed a child under the age of 6 who pretended to be mixing a stew with mud, leaves and twigs was “a child in chaos”.

My instructor agreed whole-heartedly with Maria Montessori’s belief.  According to him, children under the age of 6 are not supposed to be exposed to things that are not real.  Their imaginations (because he never denied young children have them) must soar on real objects, real cooking, real houses, real animals that do not talk or look like cartoons.  When he had his own school, parents were not to send their preschoolers in with any kind of fantasy or cartoon characters on their clothing.

Children exposed to superheroes before the age of 6 are doomed to jump off their roofs, because they cannot distinguish between reality and fantasy.

I’m sorry, but if a child can’t dream of flying as superman, what stops him or her looking up at birds and asking “if happy little bluebirds fly beyond the rainbow, why can’t I?”  What infuriates me the most is this impression that if adults only protected their preschooler from sight or sound of anything that’s not real (as if that’s even possible), a child wouldn’t fantasize.  For crying out loud, children ages 3-5 make “food” out of dirt and leaves!  And by the way, when they ask you to try this, they’re perfectly satisfied when you pretend to taste it.  If they really are 100% blind to what fantasy is, why don’t they insist you put the muck in your mouth? 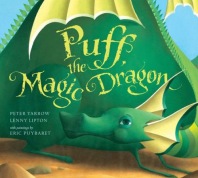 Needless to say, I was hugely relieved to discover my new Montessori workplace sings “Puff the Magic Dragon” with the preschoolers.  It is my hope that the anti-fantasy aspect of Montessori is generally omitted in practice.

In July 2013, however, I argued once and then just decided my instructor wouldn’t see it my way.  He had these fill-in-the-blank notes for us, and some of the pages were a vertical line of letters where we could fill in the words he was listing.  I played boggle with these letters to help me tune out the theories that defied my every experience with young children:

Boggle over bogged down every time

Once I felt certain; this whole class made sense

Remember I was a child in this very method

Dare I ignore lectures and play with the notes?

If my face is respectful, I’m not listening to this

No fantasy in Montessori; steer young minds away

Let me shuffle your letters out of context!

Age is learned one way and told in another

Save the child from me; I believe in make-believe